The “3 pieces for solo jazz flute” was composed on the 3rd August 2015, immediately after the completion of “3 Pieces for Solo Saxophone”.  Each movement is dedicated to and written in the spirit of the three giants of jazz flute that I have selected, namely, Bud Shank, Victor Morosco & Herbie Mann. Each movement is written in the style and spirit of each player but is in no way intended to be representative of any of the compositions or material produced by these artists during their respective careers.

I have had the distinct honour of personally knowing and working with two of these three legends of jazz flute (Bud Shank and Victor Morosco) and in the case of Maestro Morosco, the added honour of having a work, (“The Fourths of Firth Suite” ) dedicated to me.

Movement 1: “Hey Bud!” The introduction section of this movement should be approached with a feeling of rubato with a relaxed, warm tone. The “Lively Perky” section should be light and agile with a Latin feel. The theme is twenty bars long and then after this, the piece breaks into what can be described as a scored improvised solo. The swing section then morphs into a Be Bop spirited section leading to the final recapitulation of the theme before exiting via a loud trill and two bars of brief comments, the last one being at fortissimo to mark the conclusion of the movement.

Movement 2: “Maestro” The opening of this movement should be approached with an ethereal quality that meanders its way through to the theme which is marked by the new tempo marking, “slowly with a jazz feel”. This section has been scored with a set of chord changes in mind and should be approached in the same manner as a jazz soloist stating a well known melody with short improvised figures in between. The first bar of page two marks the beginning of the second chorus of the “tune” and furthers the “improvised” excursion and should be approached with a heavier jazz feel. The movement concludes with a short restatement of the theme and exits via a series of diminishing triplets leading to a very soft high “B. This movement should be performed with a slow to moderate jazz styled vibrato rather than a more rapid, classically oriented one.

Movement 3: “Right On, Mann!” From the very first bar, this movement must instantly establish a funky feel with a strong backbeat. The tone used should not be full and warm but rather wispy and slightly edgy. The section at the end of page three features a very basic beatboxing technique. The section at the beginning of page four should favour the higher “Gs” and employ a quasi-ghosted effect approach to the lower “Gs”. This continues right through until the half time hip hop section with again features the beatboxing techniques introduced previously. Page five of the work sees the original funky theme and tempo re-instated. The final section of page 6 features a short beatboxing section before concluding via a short, final and very powerful final statement. 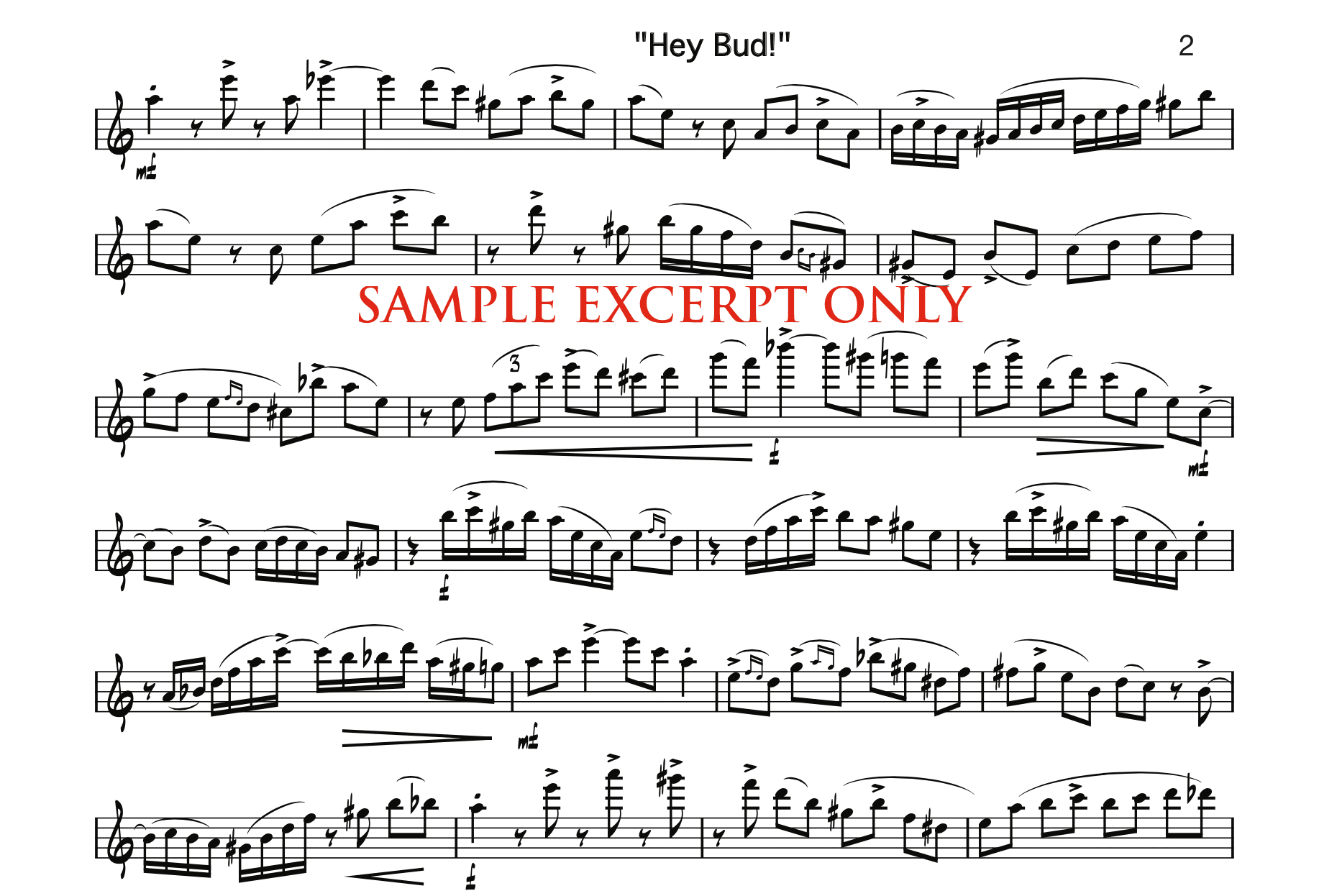 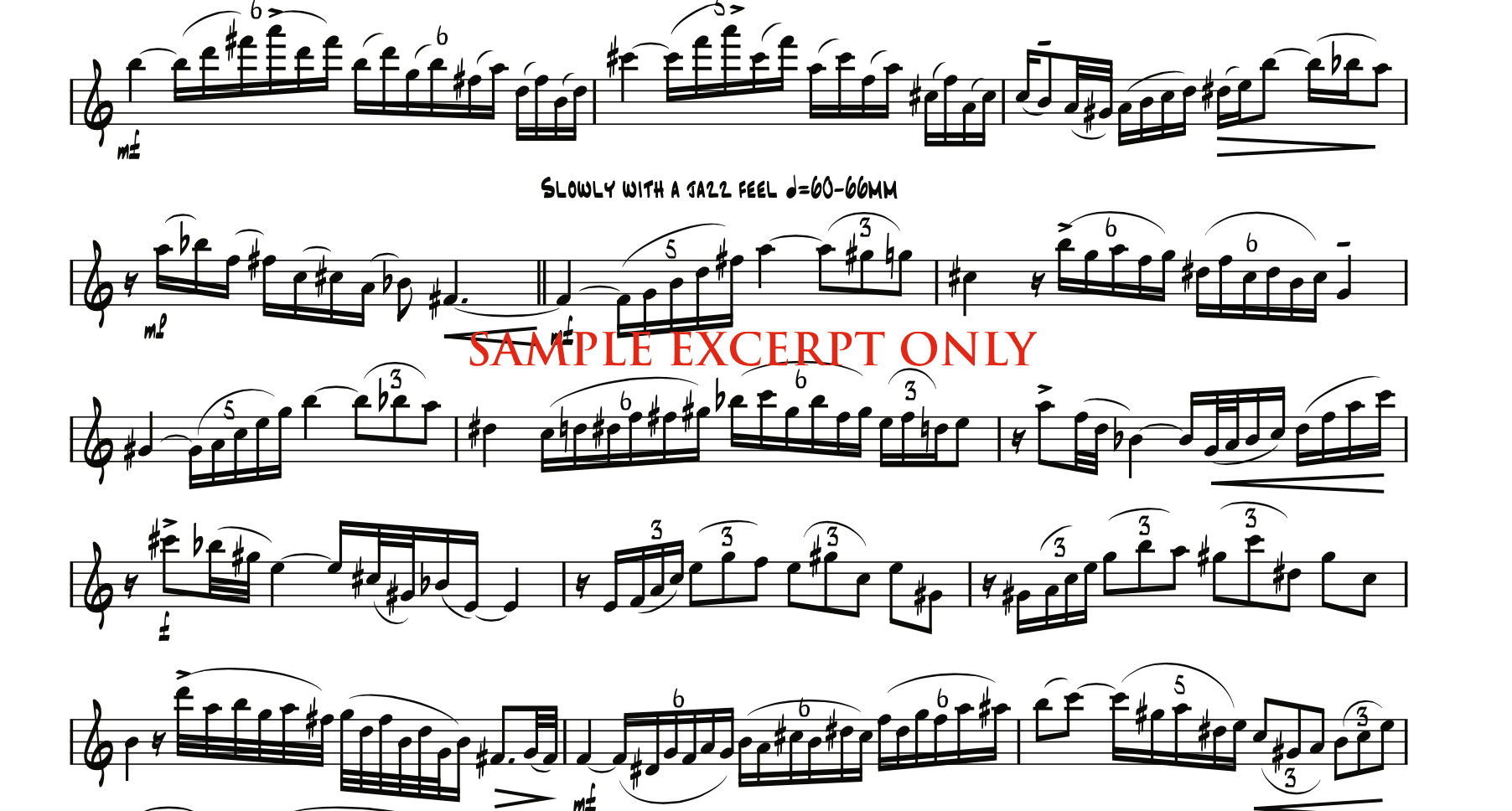 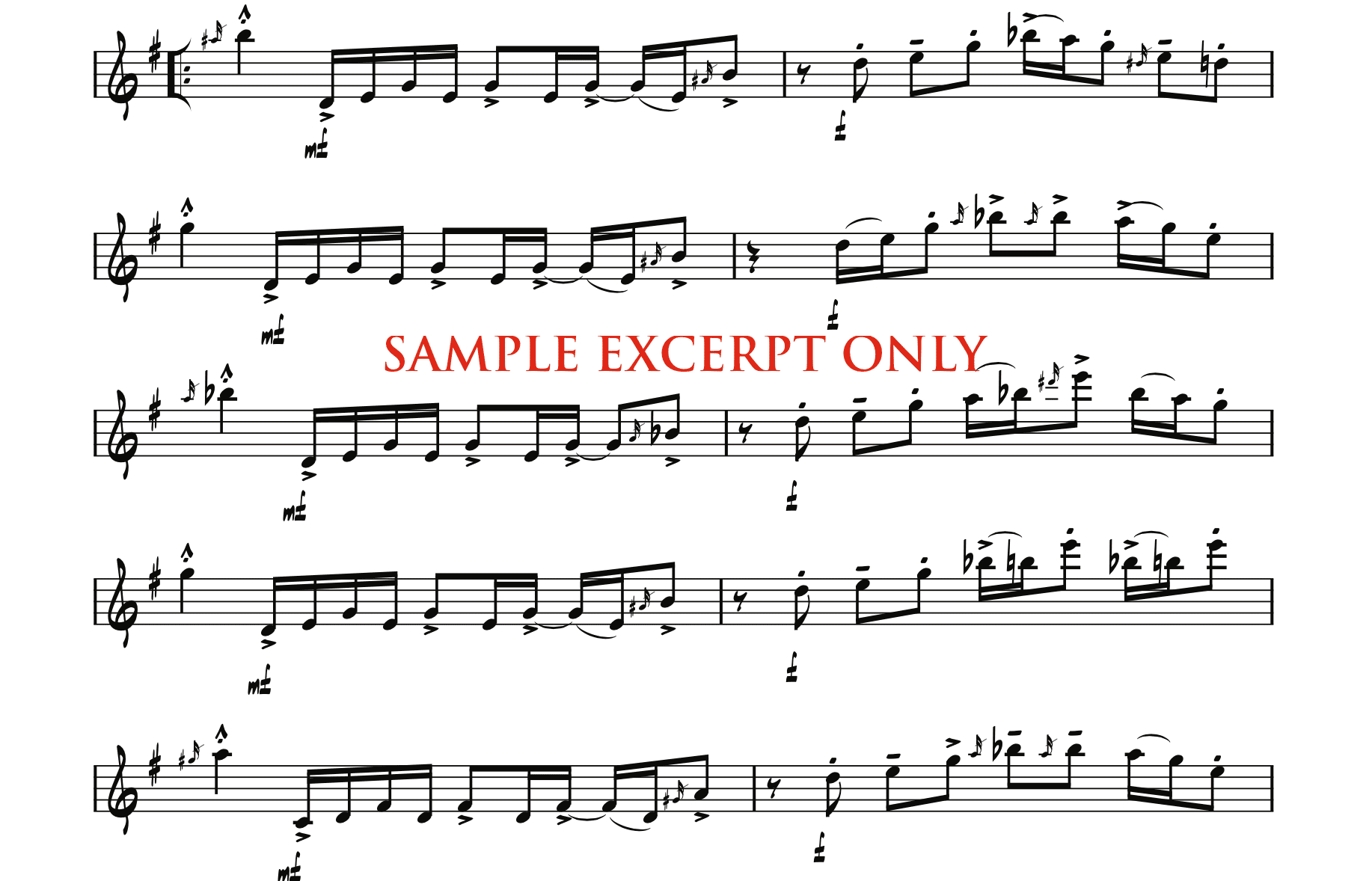