The piece was inspired by Henry Mancini’s “Theme to Peter Gunn”. “Peter Gunn” was a TV detective series that ran from 1958-6, best remembered for the Emmy and Grammy award theme composed by Henry Mancini. Mancini was a prolific writer of film and television music from 1960 through to the late 1980s. Perhaps best remembered for his “Pink Panther Theme”, “Baby Elephant Walk” and “Moon River” from the Emmy Award-winning, “Breakfast at Tiffany’s”.

This arrangement features a short written jazz-inspired solo and a groovy bass line in the left hand of the piano throughout.

Ranges: The flute part stays between C1 and A3. There are few difficult semi-quaver passages but the piece stays for the most part, at an intermediate to advanced level of technique in the flute part throughout.

“Don’t Play with Gunns!” Is an exciting, powerful, and catchy piece that audiences and players alike will enjoy performing!

Comes with a score, parts, and full-length performance track.

Parts come as password-locked pdf and the performance track as an mp3 as a zipped file. 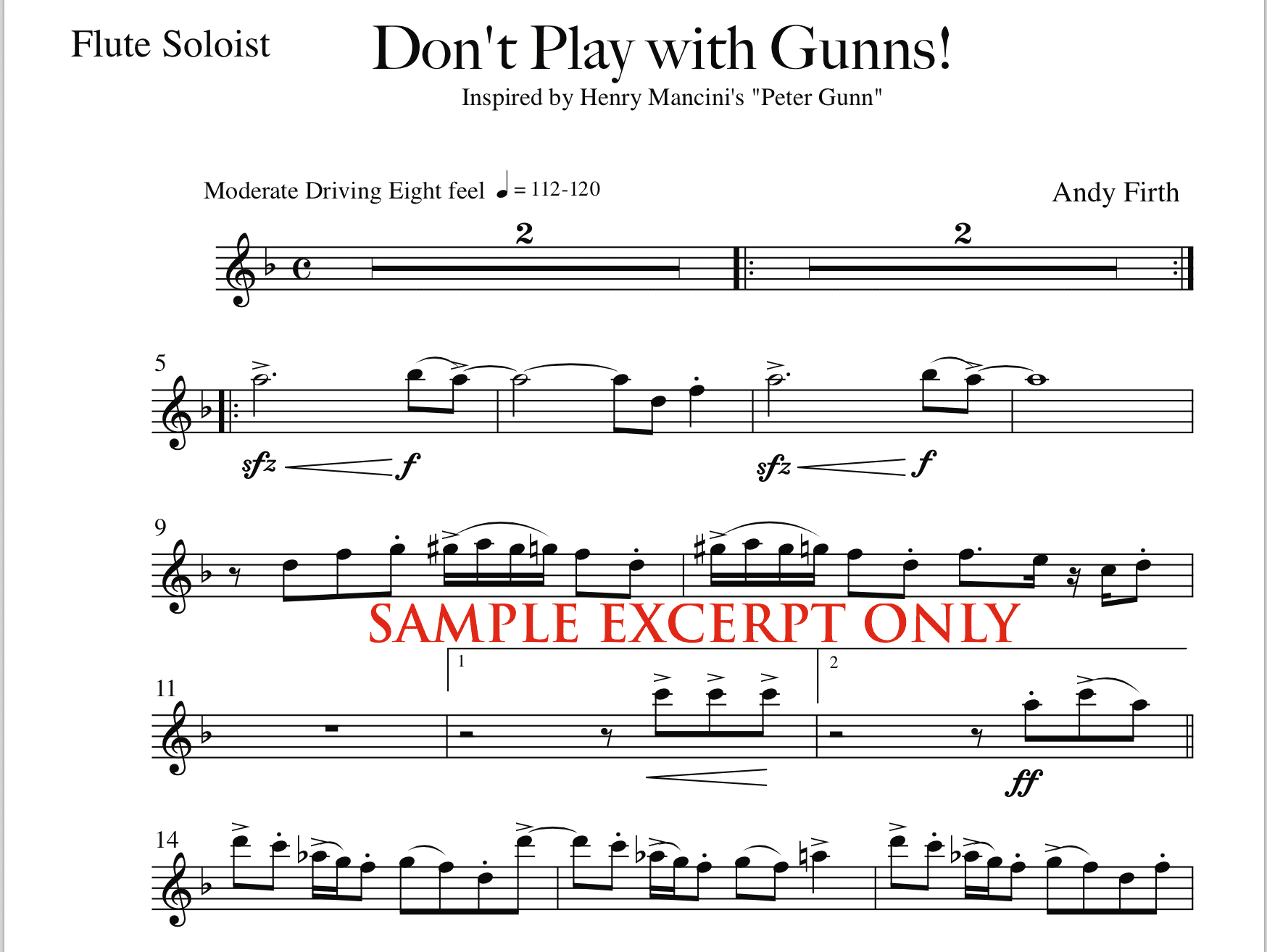