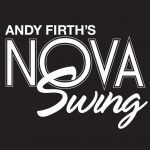 Andy Firth and “Nova Swing” have already proven themselves to be the hottest small group format jazz band in the Hunter area and have quickly gained a reputation for giving sensational performances elsewhere with sell out performances wherever they appear. The eight piece band is lead by internationally acclaimed dynamo of the clarinet, Andy Firth and is staffed by some of the finest jazz musicians in the Hunter area. All of Nova Swing’s music has been expertly arranged and tailored exclusively by Andy Firth and as such, Nova Swing is able to present a variety of music from the popular roaring 1920s “Great Gatsby” era to swing, big band styles, through to the hit parade songs of the 1950s, ’60s and 70s. The band also features Newcastle singing sensation Julie Wilson as the band’s regular vocalist. Audiences can expect to enjoy such wonderful songs as: Begin the Beguine and Moonglow (Artie Shaw), Stranger on the Shore (Acker Bilk), Midnight in Moscow (Kenny Ball), After You’ve Gone (Benny Goodman), Downtown (Petula Clark), The Golden Wedding (Woody Herman), In The Mood, Moonlight Serenade and other Glenn Miller hits and many more styles and songs from the golden eras of music.

The Andy Firth Quartet (Piano, Bass and Drums) is comprised of some of the finest jazz musicians in Australia. Andy can be booked with three quartet memberships from various states: Victoria, New South Wales and Queensland depending on which state the booking originates from.

“…Andy Firth played two seventy minute sets in the club’s fabulous venue- The Gold Coast Arts Centre’s Paradise Room – and blew the roof off – earning a standing ovation! The general consensus was that this was the best jazz band most of the members had ever seen, and I’m not going to disagree with that!”
Excerpt from “Stage Whispers Magazine” reviewed by Coral Drouyn, August 2017 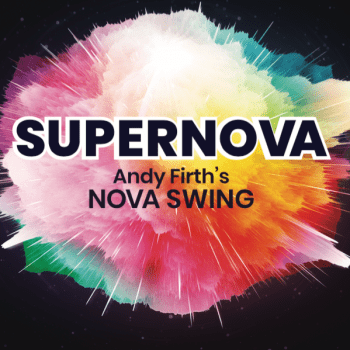 1.Limehouse Blues 2.I’m As Blue As Can Be 3.Rachel’s Theme 4.My Baby Just Cares For Me 5.Moonglow 6.Who’s Sorry Now? 7.Smile 8.Stardust 9.Petite Fleur 10.On the Sunny Side of the Street 11.Sleepytime Gal 12.Midnight in Moscow 13.Look For the Silver Lining 14.The Nearness of You 15.Back Bay Shuffle 16.Song of India 17.Great Gatsby Medley 18.S’Wondeful 19.Caravan 20.A Nightingale Sang in Berkeley Square 21.Golden Wedding

Over 70 mins of music from one of Australia’s finest jazz bands.

Key Members of Nova Swing are: