Book 3 of this series introduces the types of rhythmic, tonal, technical and stylistic challenges that an advanced level clarinet player might encounter. Book 3 presents pieces that feature more challenging key tonalities, (E-B-Gb-Db majors-F, Bb and Eb Ab minors etc) and that are longer and more comprehensive than those found in the first two books of this series. The final piece in this book, (“Escape From the Mountains of Fire”) is an adventure packed “sound track” type work that explores and challenges the player to perform at the highest levels of clarinet playing technique. It requires the player to have at their command not only an advanced level of technical and tonal skills but also well developed musical interpretation skills. The ability to perform the final work in this series will signal to the player that they are now approaching a professional level of clarinet playing and as such, they should now seek other music to further these skills. As such, a list of recommended works that will help to accomplish this appears on the final page of book 3. 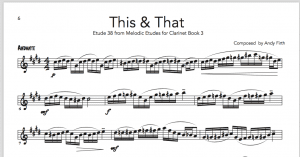 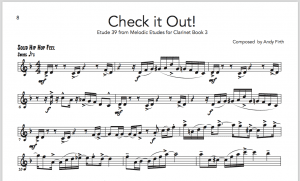 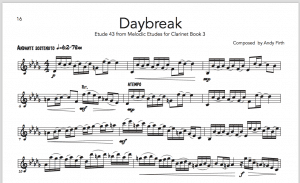 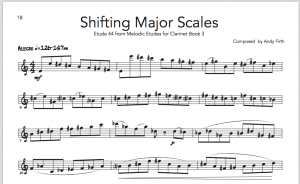 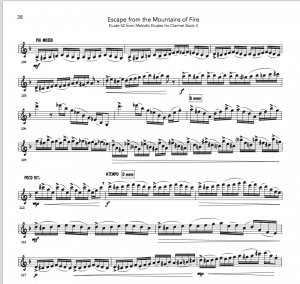