Practicing etudes (studies) is one of the most important components of building not only a fine technique on the saxophone, but it also develops the player’s ability to understand and interpret various styles of music. The problem I have found is that the majority of the etudes books presently available for saxophone are classically oriented and as such do not present or develop the player’s ability to play in a multitude of various styles that require a command of tonal and stylistic nuances necessary to play more than just classically oriented repertoire. And that’s primarily why I decided to write this series of books. The etudes within this and the other books in this series, present music for many different eras and styles of music that have become popular and well established as part of the 20th and 21st century’s musical fabric. Some of the styles to be found in this series include but are not limited to: Classical, Swing, Ragtime, Blues, Rock, Funk, Latin, Tango, Hip Hop, Be Bop, light Pop, Easy listening, Adult contemporary and even an action packed “sound track” for the final all inclusive, ultimate workout in Book 3 of this series.

Book 3 in this series will take the player to a much more advanced level of technical proficiency, stylistic maturity and develop technical and tonal aspects of saxophone playing that are often neglected. Book 3 is the final book in this series and it aims to develop the mid-level player into a technically excellent, well-rounded and musically aware player. The final etude for this series, “Etude No.52. Escape from the Mountains of Fire” is a complete and comprehensive workout that explores all aspect of the previous two books in this series but also adds a level of technical challenge, tonal control and harmonic awareness far beyond anything presented previously. 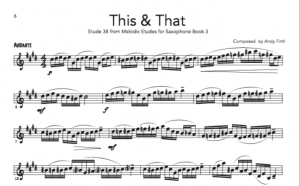 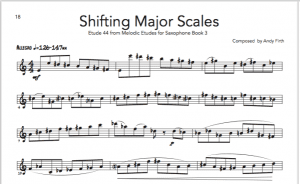 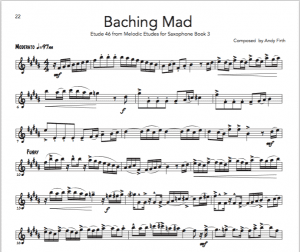 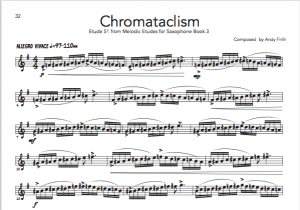 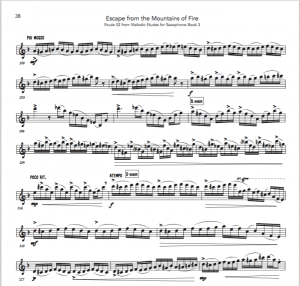