About Cuckoo Cuckoo Clock-Flute (The)

Through the use of comic musical effects, echoes between flute and piano parts, and sporadic breaks in the music. The piece is about a cuckoo clock that goes slightly loopy and gets out of sync.

The work begins with a series of phrases that depict the cuckoo.

The melody is stated in full by the flute and piano.

The flute and piano then exchange fragments of the bridge section with each other like an echo.

A loud chord cluster sounds at the end of this section signifying a serious malfunction in the workings of the inners of the clock.

After this, the melody between the flute and the piano becomes fragmented and comical through the use of semi-tone dissonance.

The flute launches into a flowing, flourish-filled section that seems to suggest that the clock is working well once more.

All is not well though and soon after this section, the melody returns in its previous semi-tone dissonant form.

The piece was been chosen as the junior soloist test piece for piccolo players for the Yamaha Australian National Band Championships in 2019. 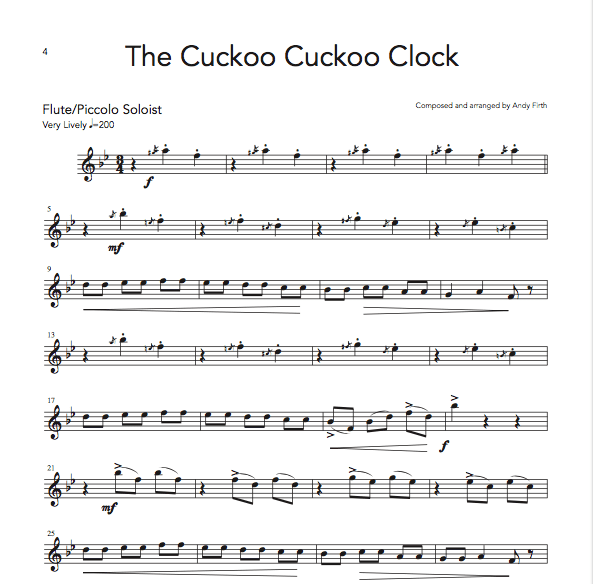 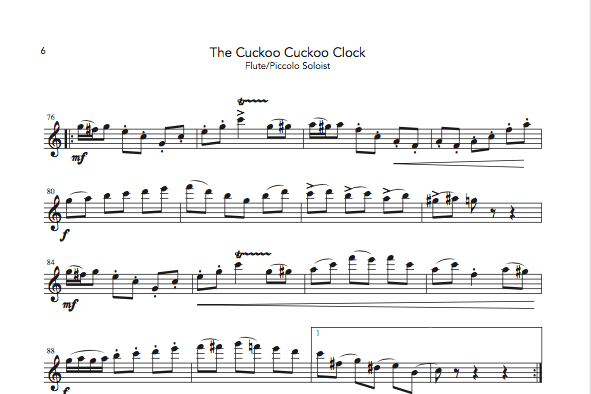