About Theme from 2001 Big Band Arrangement

The main theme of this work was made famous via Stanley Kubrik’s immortal sci-fi adventure film, “2001: A Space Odyssey”.

Composed for symphonic orchestra by Richard Strauss, the work was originally titled as “Also Sprach Zarathustra”

The famous theme is played in a very similar manner to Strauss’s original opening with all of the bold and brassy bravura of the original.

Following this is a funk-styled rhythm section vamp with a guitar solo.

The trumpets and trombones then state the iconic first theme with syncopated backing from the saxes.

A tenor sax and guitar improvised solo section follows this punctuated by the brass and saxes.

Trumpet 1: D above stave (only a few times)

Trombone 1: Bb above stave (only once).

4th Trom: Bass Trombone. The part has been converted for tenor trombone. 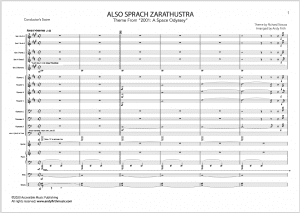 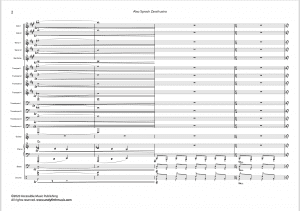 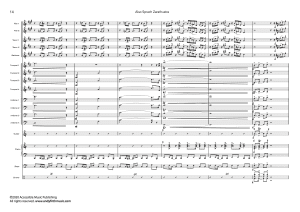 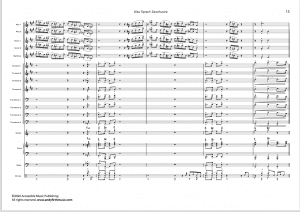