Treacherous Tango. Clarinet and Piano
The “Treacherous Tango” was composed for principal flutist of the Sydney Symphony Orchestra, Janet Webb. In 2002 Janet asked Andy if they could meet up for a talk sometime about jazz and Latin styles.  A few weeks later Andy began sketching “Treacherous Tango” for Janet’s debut CD recording, “Tango and all that jazz” (cd. J&J 01.) The work was completed in just two days and Janet and Jocelyn began rehearsing it a week later. This version of the work features Andy’s latest edits and changes after being published by reedmusic since 2012.

“Treacherous Tango” is now a selected work for the main list of the AMEB Licentiate Flute Syllabus and has become a popular concert piece played throughout Australia and many other countries. This arrangement for clarinet has been carefully crafted to be both authentic to the original flute part and yet playable by an advanced level clarinetist. 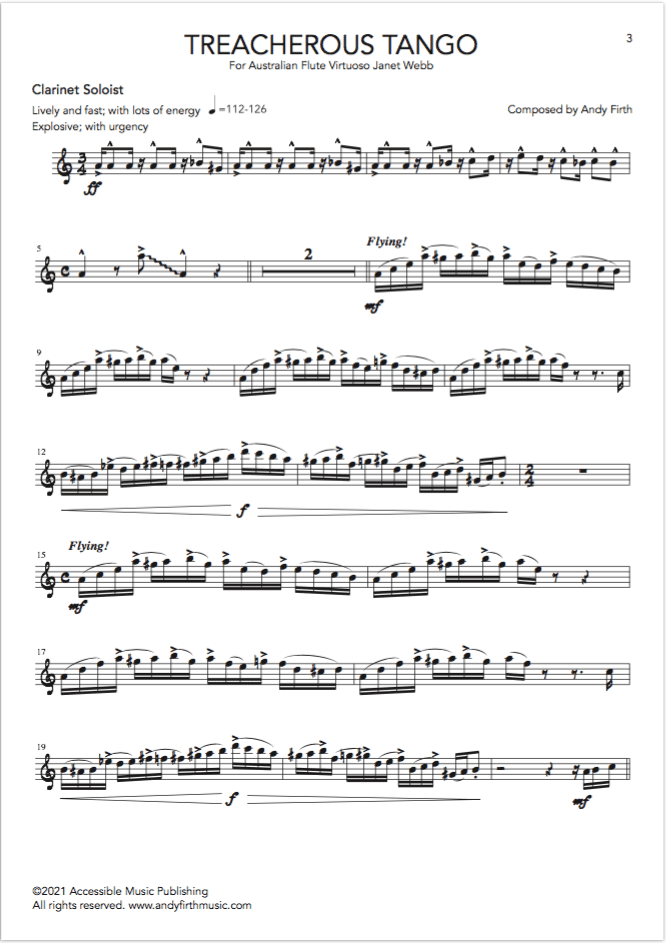 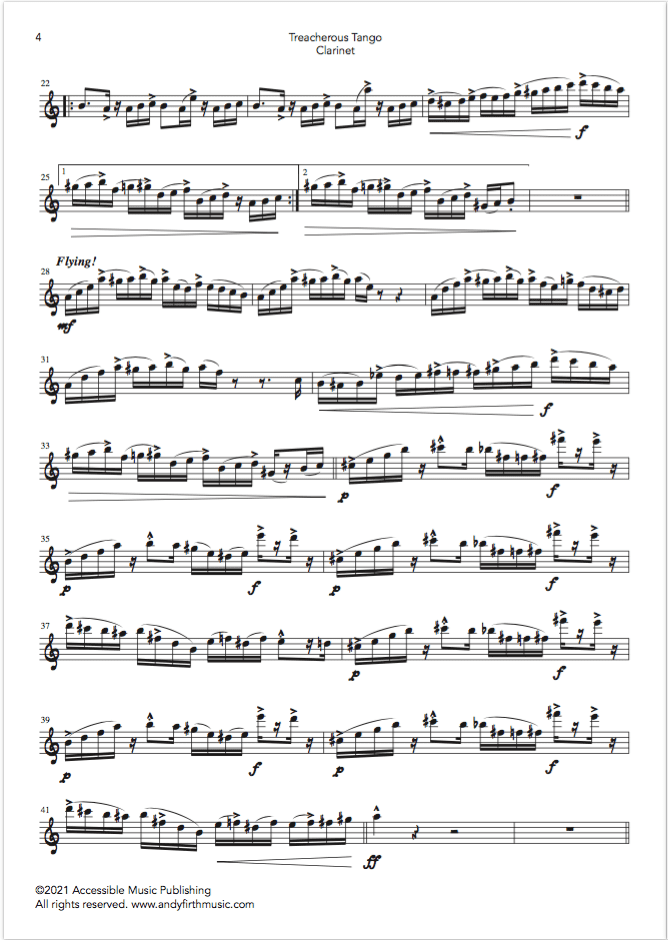