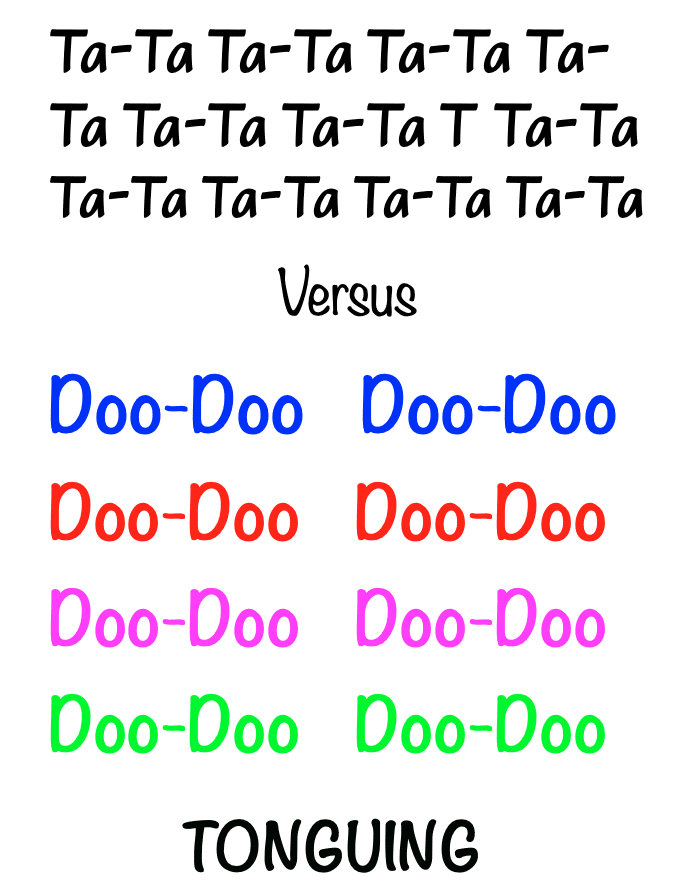 What do I mean by this statement and is there such a thing when it comes to playing the two styles?

To my way of thinking there most certainly is.

Clarinet and saxophone players are mostly taught to tongue the reed with a clean, direct stroke of the tongue.

This is mainly because much of the music of the Classical, Romantic and even contemporary classical styles requires accuracy and clarity.

Now, this is in no way a criticism of these styles of music, but rather a strength.

However, the music of the 20 and 21st Centuries tends to require a different approach to tonguing than that of the earlier styles of music.

The Jazz Tongue or “Doo Tongue”

When music developed a tendency to need to “swing” during its performance, clarinet and saxophone players found themselves at odds which the classical tongue approach.

The musicians of the early jazz and swing eras found that the swinging style of the music demanded of them a smoother, more connected style of tonguing and soon the “Doo tongue” was born.

What is “Doo Tonguing”?

Simply put, the “doo tongue” is a method by which players can tongue the reed quickly but lightly by using the syllable “doo-doo” rather than the widely taught “ta-ta” method.

The “ta-ta” method is clean, can be used rapidly and works just fine in the earlier forms of music before the 20th Century but it tends to make swinging phrases more strict and restrictive.

The “ta” syllable tends to place a harder and more direct attack on the beginning of notes and with flowing swing phrases, this is neither practical nor desirable.

By replacing the “ta” syllable with “doo” reed players are able to achieve a lighter, smoother and easier-to-control beginning to each note, especially when used in a swing phase.

Begin by saying “Doo, Doo, Doo, Doo” over and over making sure that the “D” is pronounced as lightly and connected as possible to the “oo” part of the syllable.

Begin slowly and as you gain more control over the “doo” tongue, increase the tempo.

DO NOT attempt to “swing” at this stage of developing the “doo” tongue as it will encourage a bad tonguing technique when you apply it to the reed.

Next: Try the “doo” tongue on the reed and mouthpiece attached to your instrument.

Try to keep the “doo” syllables connected and smooth so that they flow and sound almost like a continuous note apart from a very gentle start to each “doo”. As you gain confidence and control gradually introduce swing quavers until you can play a scale or 2-bar phrase in a swing style using the “doo” tongue.

Now, you will be able to choose whether you use the “classical” tongue for a phrase (“ta-ta”) or the “doo” tongue. Either way, it’s nice to have a choice at least. 8) 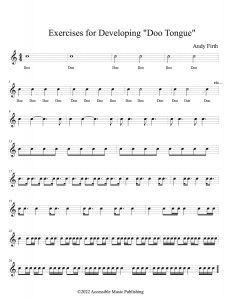